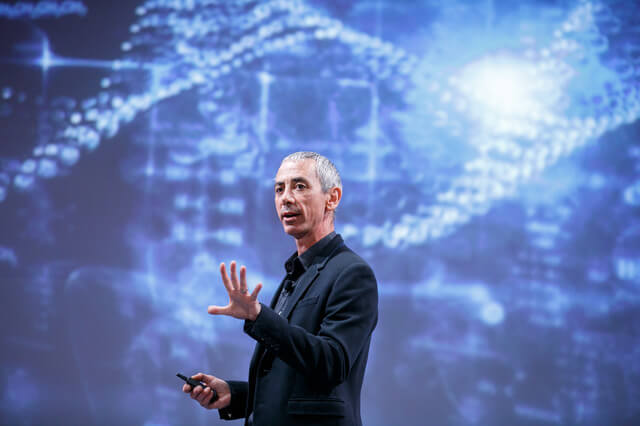 Steven Kotler is a New York Times-bestselling author, an award-winning journalist and the Executive Director of the Flow Research Collective. He is one of the world’s leading experts on human performance.

He is the author of nine bestsellers (out of thirteen books), including The Art of Impossible, The Future is Faster Than You Think, Stealing Fire, The Rise of Superman, Bold and Abundance. His work has been nominated for two Pulitzer Prizes, translated into over 40 languages, and has appeared in over 100 publications, including the New York Times Magazine, Wired, Atlantic Monthly, Wall Street Journal, TIME and the Harvard Business Review. Listener Favorites: Steven Kotler | A Glimpse into the Future of Tech…

In this inspiring episode of The Unmistakable Creative, we are joined by author, speaker and familiar guest, Steven Kotler. Steven talks about peak performance and introduces us to the topic of exponential growth as we prepare to take a dive … Steven Kotler tackles the neuroscience of achieving the impossible in a quest to make sense of the magic. He decodes the secrets of elite level athletes, CEO's, artists and more, who have redefined what is possible, bringing our own impossible …